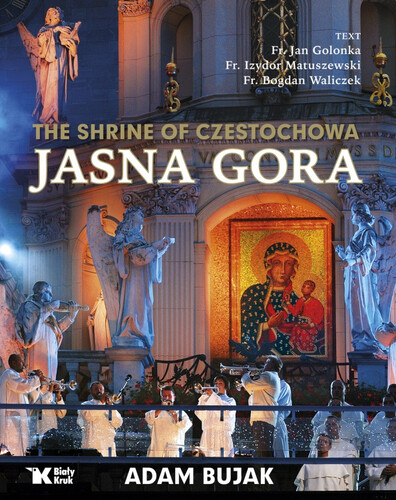 1982 Paulines  celebrated the  600th anniversary  of foundation  of the Jasna  Góra Monastery  by Prince Ladislaus Opolczyk  (Władysław Opolczyk). In the  year 2008, we celebrate – with no  lesser involvement, and scientific  and artistic programme – the  700th anniversary of existence  of the Order of St Paul the First  Hermit (Pauline Fathers). Thus  the Jasna Góra (Latin: Clara Mons)  sanctuary has continued for over  six centuries, and the monastic  family who cherish the sanctuary  have continued for exactly seven  centuries. These dates stand very  close to each other, and despite  the fact that the Częstochowa  monastery is younger than the  Order itself by a few decades,  it is difficult to place any major  chronological divide between the  two. The history of the Order  cannot be clearly separated from  the history of the Jasna Góra  Monastery. Although the monastic  centre founded on the hill by the  city of Częstochowa was to be  only one of the many, both the  tides of history and the presence  of the miraculous painting of Our  Lady quickly made the monastery,  founded by Prince Ladislaus  Opolczyk, a major landmark, the  symbol, the ‘capital’ of the entire  Order. This proved especially true  and important after the magnificent  Hungarian monasteries fell into  ruin, destroyed by the Turkish  onslaught early in the 16th century.  When in the following century,  Poles would increasingly often  become generals of the entire  Order, ‘the capital character’ of  Jasna Góra was slowly sealed.  Today in Jasna Góra, we can  marvel at the paintings illustrating  the history of the entire Pauline  Order. They originated in the  17th century, when the awareness  that the walls of the monastery  were to protect what the Order  found most important was already  ripe. Therefore, it is an obvious  conclusion that an opportunity  posed by this year’s anniversary  of special importance to the entire  Order, encourages us to have  another look at the ideological and  artistic heritage of Jasna Góra – the  uncontested ‘capital’ of Paulines  from Europe and from all over the  world.

As the notions of ‘Paulines’ and  ‘Jasna Góra’ seem to be inseparable,  so are the notions of sacrum and  ars in Jasna Góra. In the bygone  centuries, the church approached  art in a manner that was as open  as practical. Works of art played  ancillary role towards the liturgy  and pastoral practice. Yet there  were also such occasions when  the object of veneration – be it an  image or a relic – would acquire  an exceptional artistic setting.  There was something even more  unusual that took place in Jasna  Góra. The miraculous painting  of Mother of God, bequeathed to  Paulines soon after Prince Ladislaus  Opolczyk completed his foundation,  had such an exceptional form, such  an unusual and intriguing artistic  shape, that the official expression of  this painting became inscribed into  the sacred message, as its lasting,  inseparable element from its  earliest days. Paintings of the Virgin  Mary, venerated in the Church in  the Middle Ages, differed greatly  in their form, yet majority of them  were works that were diminutive,  hardly noticeable. It was so,  because the image was not to  overshadow the Person it portrayed.  This situation was to change in  modern times, and therefore it was  not a coincidence that the clergy  gathered at the Council of Kraków  in 1621, calling for the restoration  of the true spirit of sacred art,  harshly criticised the images of  Our Lady, painted in “costumes  overly lay, and especially garments  of foreign and unbecoming in  nature” and appealed to the artists  so that they created sacred works  “in a manner such, as we see  Our Lady in the famous place in  Częstochowa to be portrayed”.  This statement is the best proof  how very early the artistic  expression of the Jasna Góra image  was recognised the benchmark  and standard of visual aspect,  which the spiritual sacrum can  be clad in. Yet in the case of  the Jasna Góra representation,  this suitability of the artistic  form, ideally corresponding to  the rank of the subject, in no way  diminished the captivating impact  of the work itself.  The artistic vision confronting  the pilgrim with a powerful artistic  force carried by the Częstochowa  image defined the attitude of  Pauline Fathers to art for many  centuries. They received into their  custody a painting quite large  in its size (currently 121.8cm  [48in] high, 81.3cm [32in] wide,  with a maximum depth of 3.5cm  [1.4in]), painted in tempera  on lime-tree boards bound in  canvas. The painting represents  a very ancient iconographic type  of Hodegetria, whose specific  approach to the subject accentuates  the title of Mother of God, Our  Lady is rightly entitled to. To  this day, experts debate what  the history of this most unique  image had been before it reached  Jasna Góra, what its actual artistic  form was at that very important  moment (for we know that it was  later transformed), and also what  its most ancient decorations were  like. We are certain only that  the older boards – currently dated  to the turn of the 12th or early  13th centuries and considered  to be the canvas of a Greek icon,  whose painted layer yielded to  destruction in an unidentified  turmoil of history – were painted  over one and a half centuries later  by an artist from the Italian milieu.  He followed the original shape  of the halo to paint the currently  visible representation of Mother  of God with the Infant Jesus,  following – of need – the Byzantine  scheme, imposed by the halo of  the earlier icon. This unknown  artist, possibly connected to  the School of Siena, inspired  his work both with authority  and sweetness, giving the Jasna  Góra pilgrims an opportunity to  experience in the most personal  way the meeting with The One  who, inspiring such a great respect,  at the same time grants the viewer  with so much warmth and  understanding.

History of the Image

Numerous manuscripts that have  survived from Middle Ages in  the monastery’s library and other  collections contain legends about  the earliest, highly complicated  history of the painting. They  discuss facts that do not yield to  the scientific judgement, as for  example, the origin of the canvas  being Nazareth, and the image’s  later sojourn in Constantinople.  Although the issues presented in  those tales require critical reading,  all those – the complicated matter  of the painting, the suggestive  artistic expression of the portrait,  and the tales related to the image  – made this representation of  the Virgin, from the very beginning  of Her stay in this place, a work of  great uniqueness combining sacrum  and ars into a single indivisible  whole. When we speak about  the ‘stay’ of Our Lady in Jasna  Góra, there is no exaggeration in  that fact. For the people of bygone  centuries, the Mother of God was  really present in the sanctuary,  which they treated as Her  residence: Mary’s Palace.  The history of the image’s  decorations and setting has been  a part of the history of the image  itself. The custom of decorating  miraculous images with sheets of  precious metals and jewels was  common in the Middle Ages both  in the East and in the West. There  are strong reasons to believe that  the painting that reached Jasna  Góra in 1382 was decorated in this  manner. And these were these very  jewels, together with the financial  assets gathered in the monastery  and earmarked for the construction  of a monumental church for  the pilgrims, that in 1430 attracted  robbers to Jasna Góra. They were  indirectly connected to the Czech  Hussites, a heretic sect opposing  Mary. The infamous raid ended  not only in the devastation  of the sanctuary, but also in  the robbery of the decorations  that belonged to the miraculous  image and profanation of  the image itself, whose visual  traces in the form of the strokes  on the face of the Mother of God  have remained to this day. Luckily,  the most important of the Jasna  Góra sacred works survived  the turmoil.